This is a repository for ephemeral and/or superseded information posts and discussion topics which are nevertheless thought worthy of retention.
Locked
1 post • Page 1 of 1

It will be seen instantly that England pretty much dominated, although Yogesh Raut of the USA came a brilliant 4th overall (ahead of last year's European Champion, Olav Bjortomt) and took overall 'Gold' in Entertainment and 'Bronze' in Physical World. Also of note was Didier Bruyere's 12th place - the highest finish for any quizzer whose first language is other than English. Holger Waldenburger of Germany took 8th place in Sport & Games and two top 10 spots were bagged for Norway in Physical World by Tore Dahl and Ole Martin Halck. 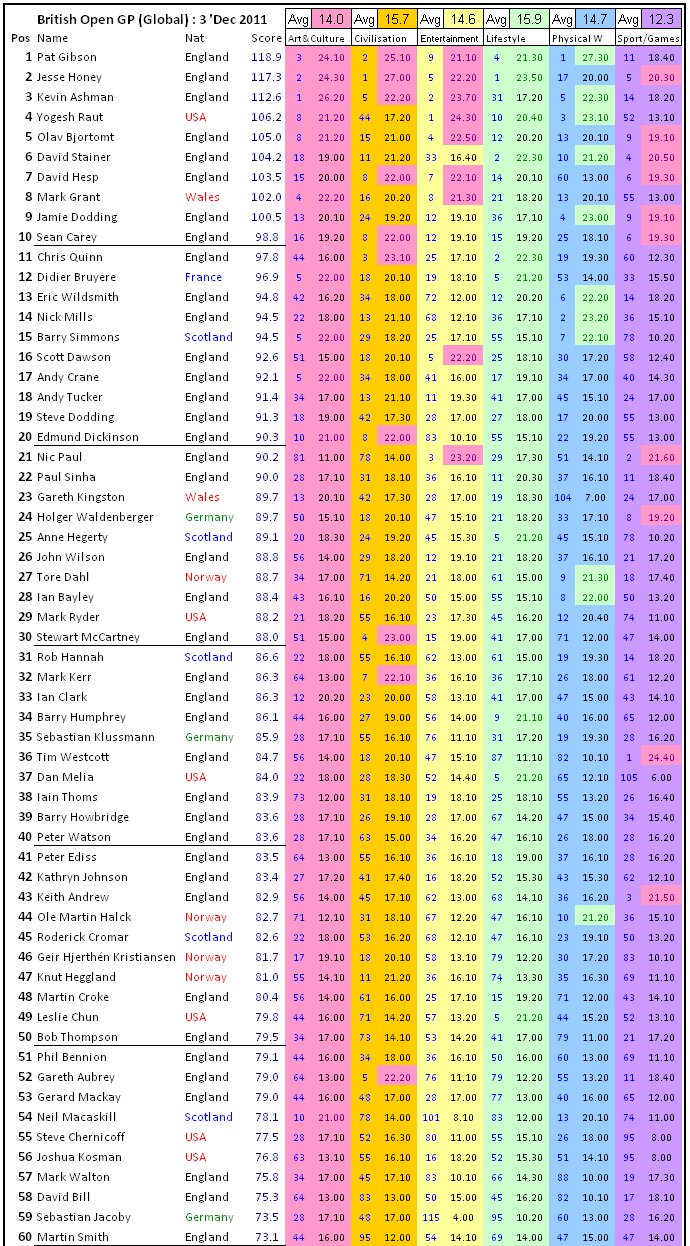 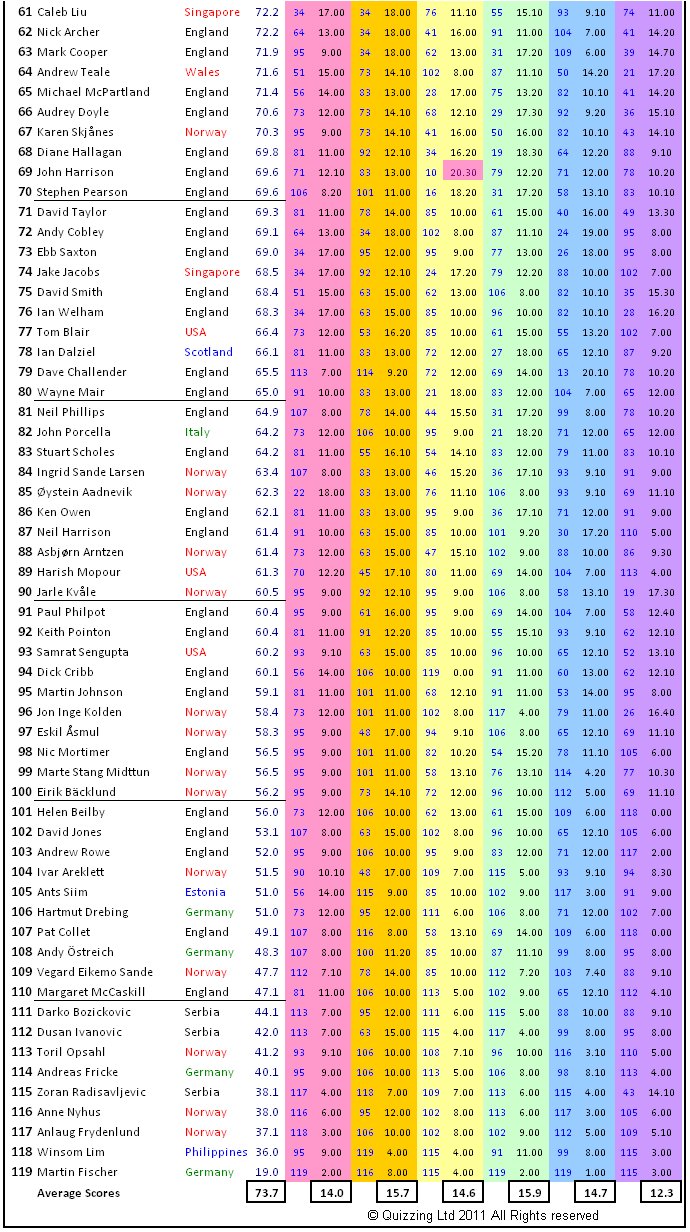 The UK-only results which follow show UK only outcomes, including points awarded for the Order of Merit. Judging from these and the scores above, the quiz was medium to hard but it was really pleasing to see how well (ALL) our UK 'debutants' did - Edmund Dickinson's Top 20 finish in a field of 80 (2 people did not hand their scores in), together with Didier Bruyere's 11th place, And Andy Crane's 16th, being the stand-out performance of the day. Debutant Dave Challender's 9th place in 'Physical World' was quite tasty too!

Please note, a slight amendment to the scores (affecting places 28-31) had to be made when it was pointed out that Ian Clark scored 15 on Physical World, not 13. The error was down to my misreading a "five" for a "three". Apologies all...
Chris Jones
Director, Quizzing Ltd., BQA and iQa
Top
Locked
1 post • Page 1 of 1

Users browsing this forum: No registered users and 5 guests